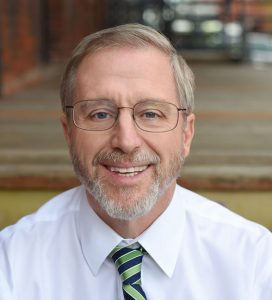 I grew up in Eastern Oregon and spent a nice childhood building fences, riding horses, and playing the trumpet before heading to Washington DC for college, where I majored in Physics. After graduation I spent a year in Alaska teaching computer programming, then returned DC where I earned my Ph.D. in experimental nuclear physics. I spent the next five years working for a university group which was building a very large detector system at a Department of Energy laboratory in Virginia, then came to Vancouver, Washington and got a job as a research associate at the Oregon Hearing Research Center which is located at OHSU in Portland. I left that job to go to law school at Lewis and Clark in Portland and started a solo practice in Vancouver in 2010.

I have a daughter in college. The rest of my family is scattered around Oregon, Washington, and Georgia.

I have a varied civil practice, working in Landlord/Tenant, Elder, Contracts, Consumer Protection, and Family law. I enjoy helping people navigate the legal system, which can be confusing and harsh to those without training in the law. I practice mostly in Clark County, but I accept cases in Pacific, Wahkiakum, Samania, and Klickitat counties as well.